How Often Should I Visit a Gynecologist?

How often should a Gynecologist be visited? Why does a gynecologist even have to write about it? See these two examples. A ninth standard girl is brought to the doctor that she is bleeding and is not able to walk. When asked, she tells that she has been bleeding for 3 months but thought it was normal and would settle down tomorrow and that tomorrow didn't come for 3 months. She ended up having a hemoglobin of 4 Gram%.

Another example of a lady in her late forties, going to the loo every hour, feeling heaviness in her abdomen, bleeding for 20-25 days every month for last 3 to 6 months or a single episode going on for two months. On visiting the gynecologist, hemoglobin of 6 Gram%, a lump in the abdomen - the size of a 5 month pregnancy is found.

Why did this happen?

Young girls usually continue visiting their paediatricians for various complaints right through teenage. Adult women usually stop their visit to the gynecologist once babies are born and some permanent contraception is achieved.

So, How often to visit a Gynecologist?

Once a child starts maturing into a female or girl, that is the time when visits to gynecologists should be started. This will take care of problems related to the adolescent transition like breast problems, bleeding problems, and Ovarian tumours, vaccination, and contraceptive needs.

If once a year gynec examination is continued through life, cervical cancer can be prevented, fibroids and bleeding problems can be managed better, and most cancers can be detected early when they are completely treatable. Also, contraceptive needs and needs of menopausal transition, prevention of obesity, heart disease, osteoporosis, and depression can be met.

Therefore, visit a gynecologist once a year all your life, and more often if some problem is detected.

When a young child starts blooming into a teenager, breast development and secondary sexual hair start appearing as early as 8 years. Around this time because both breast don't develop simultaneously, usually a nodule is felt in the area of one breast and it is painful. This is when the child should be brought to a gynecologist when normal development of secondary sexual characters, the normal growth pattern, the anxiety about height can be alleviated and alerts given about deviation from normal. Once this is understood, if something does not go exactly as it is supposed to go, the girl can be brought to the Gynaec almost without any deteriorating in her condition and whatever abnormality is found can be managed or if it is just a variation of normal, explained, taking away anxiety of the child and parents.

This is also the time when girls become aware of their bodies, their weight. Their is a lot of peer pressure which starts coming around this time around their looks and food habits. Psychological disorders of eating: excessive eating, or under eating start around this age and early on can be managed with proper counselling. Otherwise it leads to all kinds of problems as a young body is a growing body and requires all nutrients in adequate quantities to build up to optimum health upto the age of 25.

The incidence of anemia in women of reproductive age in India is between 60 to 70%. What is means is that at least 60 out of a 100 girls have deficiency of iron, folic acid, and protein. This in turn leads to feeling tired all the time, feeling sleepy in the day, lack of concentration in the studies, inability to do any work that requires physical labour. Even sitting for a long time becomes difficult. Such anemic girls when they get pregnant are a risk to themselves and their growing babies. India is struggling to prevent women and children dying in childbirth. This can only happen if at least preventable causes like anemia are prevented.

Young girls develop pain in the shoulder, pain in the back, pain in bones and joints, and in all muscles. This is most of the time due to vitamin D, Calcium, and Exercise deficiency. Being in contact with a caring gynaec through their growing years will help prevent all these problems which end up diminishing their quality of life.

Many teenagers and young adults become sexually active at a young age. 2.8% of boys and 8% of girls have reported sexual debut before the age of 15 - source. This in turn causes sexually transmitted diseases and unintended pregnancies. The consequence of which the teenager is ill equipped to handle. Also, it has a long standing impact on reproductive life and mental health. All this can be prevented by timely, tactful advise about reproductive health.

Now we come to the other end of the spectrum

How you are going to be, what diseases you are going to have - physically or mentally in your second half of life is decided in the years beyond 30. Diabetes, hypertension, heart diseases, obesity, migraine, psychological disorders, sexual disorders, sexually transmitted diseases, infertility, and cancer. All these start seeding in the years beyond 30. As you all know, it is easier to pull out and throw a sapling rather than a full grown banyan tree.

So this is the time when timely action will keep you safe and healthy and active in your later years. Trying to dig a well when your home is on fire does not always work. So, yearly checkups - a through physical examination, internal examination, tests for cervical cancer, blood tests, an ultra sound is required.

If anything points to an abnormality, this is the chance to take action and prevent progression of disease.

Obesity is the mother of most diseases and it doesn't come in a day. Ladies will say "I have always been heavy since childhood" and presently they are a hundred and ten Kg. Nobody is born more than five Kg. All the rest is put on gram by gram. If it can be arrested at a reasonable weight, health an quality of life will have a big uplift. Though this will not be realized because the weight was never allowed to cross a certain line. Still the benefits are enormous.

Bleeding which is different from what you have been used to is an alarm. Assuming that this is because menopause is due to come is like walking in the middle of a busy road with a binder on eyes. This could be a signal of thyroid disorder, infection in the uterus, cancer of the uterus/ovary/cervix, or it could just be due to not making an egg. It could be due to a polyp, or a growth in the vagina.

Some general symptoms like acidity, gas, bloating, indigestion, lack of energy could be a signal of intestinal or ovarian cancer.

If caught early, all of them are very treatable with a life expectancy of more than 5 years (which is considered cure in most cases) in 95% cases detected. Early detection does not happen very often in India as people do not come for regular checkups.

With the advent of large labs offering a battery of tests at very affordable prices a section of the urban population has these tests done, and they think that if these tests are normal they are healthy.

Nothing replaces a complete history and physical examination by a qualified doctor. The tests are generic and may not be what is specifically indicated for the individual depending on the findings of the examination.

Therefore I conclude - How often should you visit a gynecologist?

Answer: At least once a year and more if required from the of appearance of femininity.

If you have any questions, feel free to comment below. I can be reached via Contact Me page 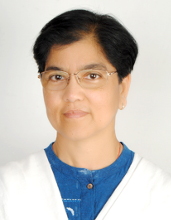 About Dr. Asha Jain
I am a Gynaecologist, a healthcare giver to women. My most treasured comment from a patient that defines the way I work is "Ma'am when I come to you, I feel proud to be a women."
I am the director of SriMaa Sarada Arogyadham Hospital, Raipur. My contact details are available at contact me page